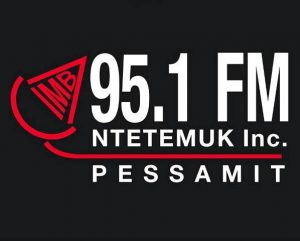 Radio Ntetemuk 95.1 FM is a Betsiamites/Pessamit based First Nations station owned by Radio Ntetemuk Inc. Canadian Radio-television and Telecommunications Commission permitted the Ntetemuk Inc. to establish an indigenous community radio with 86% and 15% programming in French and Montagnais language respectively. 95.1 MHz and 6 watts were the frequency and ERP proposed to the channel. With particular focus on Montagnais community, their lifestyle, culture and heritage, Ntetemuk 95.1 was launched somewhere in 1982. By 1992 CIMB-FM was hosting 73 hours of programming per week out which 63 were locally produced while at least 10 hours of content would come from Société de Communication Atikamekw Montagnais network. CRTC renewed the license of the radio on Aug 29, 2008 until Aug 31, 2012 followed by another administrative one until Aug 31, 2013. Audiences can have news, info, community interest programs, Entrevues, Applications, Canadian and native music and more. Follow the station on Facebook and Twitter. Here is the website: www.cimb.fm

Full List of Canadian and Quebec Channel for Listeners