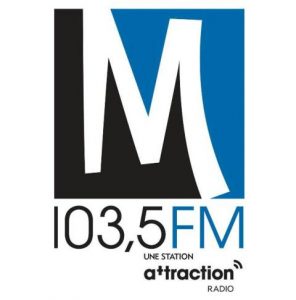 M 103.5 FM is a French language Music (AC) and Talk format radio operating from Joliette, QC. Aka CJLM the channel on May 8, 1960 went on air as AM radio with a 1,000 w transmitter on a frequency of 1350 kHz. Radio-Richelieu Ltee which also had ownership to CJSO was the owner of the French language broadcaster but later sold it to Radio de Lanaudière Inc. In 1988, the nighttime wattage was increased to 10,000 w. Canadian Radio-television and Telecommunications Commission allowed Radio de Lanaudière Inc. to move to FM band, change frequency and wattage in 1992. The swithch to FM band was officially made in 1996, 103.5 was the new frequency and 3,000 watts was going to be the new value of wattage for transmitter.

Full list of Quebec and Canadian Radios for Listeners