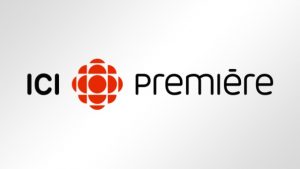 Ici Radio-Canada Première 98.1 FM also known as CBSI-FM is a CBC French news and talk radio operating in Sept-Îles, Quebec. The channel debuted as a satellite of CBGA Matane at Sept-Îles; approved frequency and ERP were 98.1 MHz and 96,750 w respectively. CBSI-FM hit the waves on Dec 12, 1976. After six year of operations as a rebroadcaster, CBSI on Nov 1, 1982 was rechristened as an independent CBC radio. In 1990 proposal was made for the three CBC stations including CBSI, CJBR at Rimouski and CBGA at Matane to produce an additional 12 hours of inter-regional programming with joint efforts. Schfferville transmitter hit the waves in July 1994 followed by CBSI-FM-4 at Labrador City in Dec 1996. A number of LP rebroadcasting facilities were deleted following a CRTC approval in 1999. A repeater at Havre-Saint-Pierre got opened in March 2000 followed by another one at Fermont (CBSI-FM-6) in 2002.

Listen CBSI-FM 98.1 online from Sept-lles, Québec. Stream may take a moment to load.


At this time Ici Radio-Canada Première 98.1 FM is working with 17 broadcast relay station of different class. CRTC validate the license of the channel and its satellites on May 28, 2013 until August 2018. Approval was granted by CRTC for the increment in wattage of Baie-Comeau in April 2016. Request (under process) was made by channel to convert Natashquan transmitter to FM band on Sep 1, 2017. Local programs include Bonjour la côte, Boréale 138 and D’Est en est. Samedi et rien d’autre is a syndicated program produced at CBF Montreal. You can listen Ici Radio-Canada Première 98.1 online with latest local, regional, national and international news and talk programs. Follow CBSI 98.1 on Facebook, SoundCloud and Twitter. Here is the website: http://ici.radio-canada.ca/premiere