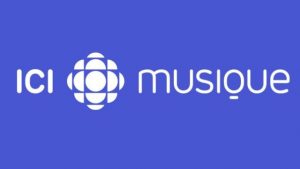 Ici Musique 90.9 FM Sudbury is a French music radio owned by CBC (Société Radio-Canada). Legally known as CBBX-FM, the channel was licensed on Oct 22, 1984 in response to CBC’s application for a FM station that would use an ERP of 48,000 w. The news station expiring on Sept 30, 1987 would repeat the content of CBF-FM Montreal. Owing to the financial restraints the channel wasn’t launched and CBC had to eventually give-up the license of the inactive booster transmitter.  CRTC granted CBC the license for the rebroadcaster on Jun 9, 2000; wattage was incremented to 50,000 w this time.

Listen CBBX-FM Online in Greater Sudbury, Ontario. Wait for the stream to load.

It was stated that the channel would rebroadcast the content of CBFX-FM and would at least produce 20 minutes of local programs initially. Espace Musique entity was licensed for six years. It finally signed on air on April 20, 2001. Amends were made in the license in June 2007 to set up a relay transmitter at Timmins on a frequency of 105.7 MHz but there have been no signs of its launch as of now. CRTC renewed the license of the radio on May 28, 2013 until Aug 31, 2018. CBON, CBBS and CBCS-FM are the sisters of the Ici Musique 90.9. CBC had plans to expand it service to North Bay, Hearst and Kapuskasing but the dates are not announced yet. You can listen the radio online enjoying a variety of genres including Chanson, Pop, Classique, Blues, Jazz, Trad, Alternatif, Rock and others. Follow the Ici Musique 90.9 on Facebook and Twitter. Here is the website: www.icimusique.ca