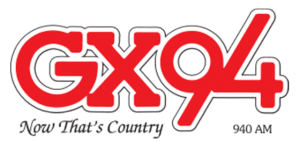 GX94 first launched on August 19, 1927 is a Yorkton based Country station broadcasting on a frequency of 940 AM. CFGW-FM is the sibling on the channel currently owned by Harvard Broadcasting. Now that’s Country! is the slogan of the GX94. Apart from hosting country music CJGX (legal name of GX94) comes up with the latest news stories, weather and sports updates by every hour coming. It also serves as a flagship broadcaster of the Yorkton Terriers and Melville Millionaires in SJHL (Saskatchewan Junior Hockey League).

Dawson Richardson of the Winnipeg Grain Exchange established the radio on August 19, 1927. GX in the calls stood for the Grain Exchange, meant to keep farmers abreast of newest market prices and fluctuations in the exchange. United Press news service was subscribed on January 1, 1939 followed by an increase in ERP from 100 to 1,000 watts and switching of frequency from 1390 to 1430 kHz. Havana Treaty in 1941 reset the frequency to 1460 kHz. The transmitter powered with 1,000 watts again switched its frequency to 940 kHz in 1945. By that time the CJGX had become a consistent news service, educational channel and a radio meant for farmers with helpful insights on live stock market. The daytime wattage was increased to 10,000 watts in 1957 and the programing predominantly was made for the farm families. After getting separate from the CBC Dominion Network in 1962 CJGX got a fulltime ERP of 10,000 watts by increasing the nighttime wattage from 1000 to 10,000 w. Once again in 1990 the daytime power was favored to increase to 50,000 watts while the nighttime signal would work with the existing ERP. With the effective control change coming into effect in 2008 the GX94 along with its sister became the property of Harvard Broadcasting Inc. held by Frederick W. Hill. CRTC renewed the license on May 28, 2010 with validation up to August 31, 2016. Listeners can have the best Country Hits, local news, local sports, community events update, contests, (Pick the Score, Rib Tickler, Umm Game, GX94 Roadies) the latest and more from the Game Day (Broadcast Schedules of SJHL teams), Highway Hotline, announcements, Blogs, (Now That’s Blogs) GX94 Agriculture, recently played and more on GX94. Fans may connect with the GX94 through social sites including Facebook, Twitter, Insta and YouTube. Here is the website: www.gx94radio.com