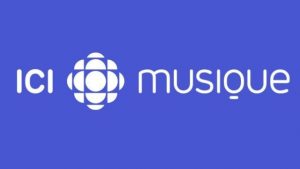 CKSB-FM-2 is a satellite station of the CKSB-FM Winnipeg which is a part of Ici Musique (French language music service) Winnipeg network owned by Canada Broadcasting Corporation (CBC). The station was launched on May 31, 2005 after the approval made by CRTC in April 2002; the channel would operate on a frequency of 88.7 MHz using an effective radiated power of 100,000 watts. CRTC renewed the license of Saskatoon channel on May 28, 2013 until August 31, 2018. Audiences can have the Ici Musique Winnipeg online with Classique, Jazz, Pop, Hip-Hop, Alternatif, Monde, Chanson and more genres online via the official webcast. Fans may follow the rebroadcaster on Facebook, Twitter, SoundCloud, YouTube and Instagram. Here is the website:  Ici Musique

Complete List of Canadian and Saskatchewan Radios for Listeners