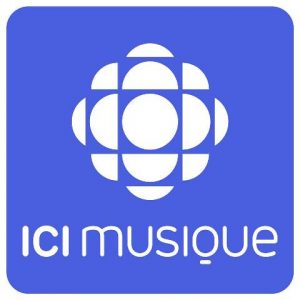 CKSB-FM-1 88.9 is a Regina based station affiliated with Canadian Broadcasting Corporation (CBC) owned Ici Musique network. The francophone classical music format station broadcast Classique and Jazz music.  Other genres include Chanson/Pop, Monde, Country Folk, Rock, Alternatif and Hip-Hop. The relay broadcast transmitter of CKSB-FM (Espace Musique) was launched on September 12, 2003 and ERP was decreased from 100,000 watts to 96,400 watts. The licenses of the Winnipeg station, Regina and Saskatoon repeater: CKSB-FM-2 were renewed by CRTC on May 28, 2013. You can listen to the channel online through official webcast. Fans may also connect with station using Facebook, Twitter, YouTube and Instagram. Here is the website: http://www.icimusique.ca/