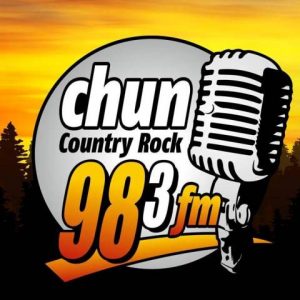 CHUN-FM 98.3 was approved by Canadian Radio-television and Telecommunications Commission on March 19, 2004 responding to the request of Radio Communautaire MF Lac Simon Inc. The Aboriginal Type B now (Country Rock) channel would broadcast content in French, Algonquin and Anishnabe. It would operate on a frequency of 98.3 MHz using a 490-watt transmitter. Proposal to the commission included 126 hours of programming per week. Out of which 50% of the content would be dedicated to Aboriginal community. 51 hours of programming would come outside of the station; another indigenous station (CHUT-FM) at Lac Simon would take care of that part of programming. Country music, Educational and native talk would be content. Original license was issued until Aug 2010. The signing air of the channel is unknown but surely somewhere in 2004-2005. ERP was increased to 3,400 w in 2010. Listeners can have CHUN-FM online with country and Rock. Follow the CHUN FM 98.3 on Facebook and Twitter. Here is the website: www.chunfm.ca

Get More Québec and Canadian Radios