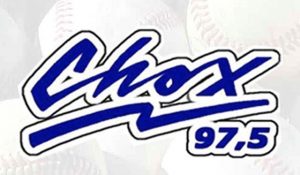 CHOX-FM-2 is a broadcast relay station of CHOX-FM 97,5 established in 1938 and operating from La Pocatière. The French language radio’s transmitter was approved by Canadian Radio-Television and Telecommunications Commission on April 26, 2001 in response to the Groupe Radio Simard’s application submitted on Jan 29, 2001. It would broadcast in Sainte-Perpétue using a frequency and ERP of 101.1 MHz and 16.1 watts. The commission ordered the licensee to get radio on air with 12 months from the approval date; repeater was launched later that year. LP transmitter rebroadcasts the Adult Contemporary content broadcasted by the parent station. CRTC validated the license of CHOX-FM and its two satellites at Sainte-Perpétue and Saint-Aubert on Aug 14, 2008 for a seven year-term until Aug 31, 2015. You can listen CHOX-2 online and get social with the station using Facebook and Twitter. Here is the website: www.chox97.com