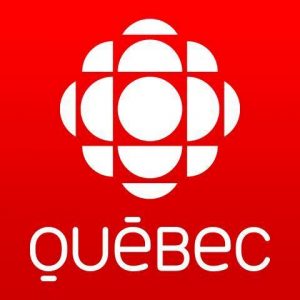 CBV-FM 106.3 established in 1934 as an AM radio is an Ici Radio-Canada Première channel owned by Canadian Broadcasting Corporation. The history of the News and Talk station dates back to 1934 when CRCK was formed in 1934 using a 1,000 watts transmitter; programming was multilingual (French and English). CBC took over CRBC in Nov 1936. The calls of CRCK were changed to CBV-AM in Sep 1938. Under the Havana Treaty 980 kHz was the new frequency operational from March 29, 1941. New studio were opened at Chateau Frontenac in 1944. The long planned increased in ERP to 5,000 w was finally implemented in 1957. A satellite at Iles-de-la-Madeleine was authorized by Canadian commission in 1972. CBV-FM began broadcasting in Stereo in 1974.

Further permission were granted by CRTC for the launch of a broadcast relay transmitter at St-Fabien-de-Panet in 1975. Local programming of the channel was restored in 1995. CRTC approved the band change to FM on July 4, 1997; the station from now onwards would broadcast on 106.3 MHz using a wattage of 20,000 w; the already operational CBV-FM became CBVX. CRTC updated the license of the Ici Radio-Canada Première station on May 28, 2013 until Aug 31, 2018. A transmitter at Baie-Saint-Paul was launched in 2015. Ici Radio-Canada Première at Quebec City is currently operating with seven transmitters. Première heure, Radio-Canada cet après-midi and Samedi et rien d’autre are notable among local programmation. You can listen the Franco-Quebec radio online. Here is the website: http://ici.radio-canada.ca/premiere