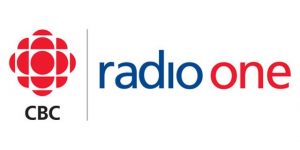 CBHB-FM Mulgrave 106.7 is a rebroadcast station of CBC Radio One 90.5 Halifax in the state of Nova Scotia. The flagship station CBHA-FM is a part of CBC Radio One Network that broadcasts news, talk and current affairs programing in the Halifax Regional Municipality (HRM). The repeater was launched on November 1, 1982 in Mulgrave. CRTC renewed the license of the station on May 12, 2009 along with other rebroadcasting siblings of CBHA-FM followed by another renewal on May 28, 2013 until August 31, 2018. The effective radiate power was decreased from 93,400 to 40,180 watts In March 2015 post the approval of CRTC. The Maritimes station hosts notable program such as Information Morning, Main Street and Atlantic Airwaves. Audiences form Eastern Canada can listen to the CBHB 106.7 with news, sports and weather updates, music, arts, cultural programs events, contests and more. Here is the website: CBHB 106.7 Mulgrave, Nova Scotia